@russellcrowe and Other Updates Not of Note 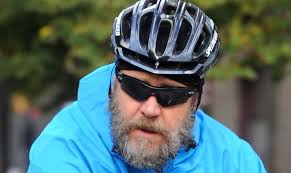 So Russell’s deadline has come and gone, and rather than responding to my hella fascinating reply to one of his tweets about how many km he racked up cycling one day last week (I tweeted, “JEALOUS” {you’d respond, right?} not because I’m a cyclist- don’t even own a bike- but just because bike riding is fun, as is any outdoor exercise, and I was unable to engage in such pursuits that day), I say, rather than responding to my admirably succinct, drama-free portrayal of genuine emotion, he’s decided to retweet this little gem, from one “joanna:”

@russellcrowe, thank you for one of the best nights of my life.  The show had beauty, humor and such electricity.  It truly was a magical night.*

When attempting to tempt borderline machismo celebrities to take tweetbait, be sure to use sexbait instead (you may remember this was my first instinct, but I decided I’m better than that).  Be sure to front as if praising musical ability and showmanship to make celebrity feel cocksure in every sense of the word.

And it was.  I admit my heart started pumping like a gladiator fighting a toygah when I hit the “tweet” button.  Oh my gosh!  Oh my gosh!  I just baited Russell Crowe!  (And some desperate chick named Joanna whose pathetic, needy twat-I mean, tweet- got the nod over mine!)  What’s gonna hap-pen?! (Sing-song that last bit to get the full effect.)

Nothing, of course.  Not enough sexbait.  But just in case Russ wants a fight I won’t cut him loose just yet.  I will follow him for another 48 hours.  Yes indeedy, if he wants a fight, I’ll give him one.  I’m feeling that way today.

One of you out there just pondered, “Why?  She was feeling so good about humanity just a few days ago…”  Or words to that effect.

Here are a few reasons, in no particular order:

(Has Chris Collinsworth stopped coloring his hair since last I watched football?  More likely he’s just switched to Touch of Gray.  To contrast with the dashing wool coat, I can only presume.)

So let the countdown begin.  This was going to be a post about The Insider, ’cause I got all into it again watching the preview I posted last week, but I felt an update on the @russellcrowe situation was in order first, and besides sometimes I get bitter and don’t feel like promoting fools who ignore me and ought to be rueing the day (but damn that movie is good).

Thanks for reading this completely useless to anyone but me rant.  It feels good to let go.  Insider post coming soon, I guess…

Until then, rant on, my friends, and feel free to share your most successful tweetbait techniques below!

*I added the period she omitted.  I don’t like unfinished business or open-endedness.